On October 7th, 2020, Placekey officially launched with the help of 10 founding partners, including SafeGraph, Esri, Carto, Veraset, and more. Additionally, over 500 organizations signed up to be contributing partners to show their support.

Auren Hoffman, SafeGraphs Founder & CEO, has long been a believer and activist for data standards. You can read more about his point-of-view on why data standards and how they increase data flow and benefit everyone.

“Data is most powerful when it’s standardized”, says Auren.

Placekey does not benefit a single organization, but helps to level up the entire industry so that innovation can happen faster.

Placekey solves a major problem for organizations that leverage data assets to drive geospatial innovation. Without being able to access a common identifier, data analysts must dedicate a significant amount of time cleaning, normalizing, and organizing datasets in order to join them together. “Placekey is a standardization the entire industry can all agree on,” said Matt Shaw, VP of Engineering at Fiddlehead. “I’m excited to discover what I can do with all the time freed up from data cleansing and normalization.”

More importantly, Placekey will provide organizations with a free, common, universally-accepted industry standard for identifying physical places. “To take the next step in unleashing global innovation around the power of location data and information, we need an open, commonly-used designation for place,” said Keith Masback, Principal Consultant of Plum Run, LLC. “Placekey unlocks that potential.”

There have been a number of attempts to create an industry standard for identifying physical places in the past. Unfortunately, none have ever been broadly adopted. Previous identifiers were built and designed specifically for mapping data but not necessarily to support joining datasets together. Grid system identifiers, for example, are great at identifying physical locations on a map but often fail to provide context for what is at that location. Placekey, on the other hand, takes a unique, places-centric approach that can be applied consistently and uniformly across different disparate datasets.

And in an effort to encourage continued GIS- and Placekey-related innovations, the SafeGraph Community has been formed, creating a space where over 5,000 (and growing) Placekey users can collaborate, ask questions, and share insights and innovations with each other. This Slack community is free to join and open to geospatial experts using Placekey.

SafeGraph has taken the necessary steps to adopt Placekey within their own dataset. If you preview or buy data from SafeGraph, you will now see the associated Placekey column for every single POI. This allows SafeGraph data to be easily joinable to other datasets using Placekey.

The “What” and “Where” of any physical place.

When both parts of a Placekey come together, the final result reads as [email protected] This is a unique way of shedding light on both the descriptive element of a place as well as its geospatial position in the physical world via a single identifier.

The first three characters refer to the Address Encoding, creating a unique identifier for a given address. An address at “555 Main Street Suite 105” will have a different Address Encoding than “555 Main Street Suite 106.” However, "444 Second Street, Suite 4" will have the same address encoding as "444 2nd St. #4" to adjust for common address formats.

The second set of three characters in the What Part refers to the POI Encoding. If a specific place has a location name (like "Central Park") and is already included in the Placekey reference datasets, these characters will be present. The benefit of the POI Encoding is that it can point to a specific point-of-interest that may have existed at a certain address at a given point in time.

The Where Part, on the other hand, is made up of three unique character sequences, built upon Uber’s open source H3 grid system. This information in the Where Part is based on the centroid of that place. In other words, we take the latitude and longitude of a specific place and then use a conversion function to determine a hexagon in the physical world, representing about 15,000 sq. meters, containing the centroid of that place. The Where Part of the Placekey is, therefore, the full encoding of that hexagon.

Create A Placekey For Free Today

Placekey officially launched on October 7th with SafeGraph participating as a founding partner. You can watch all of the launch videos on the Placekey Sessions & Seminars page.

With the launch, Placekey made it available for anyone to create a Placekey using their free tool. Developers can also request an API key to create Placekey’s at scale with their own datasets. 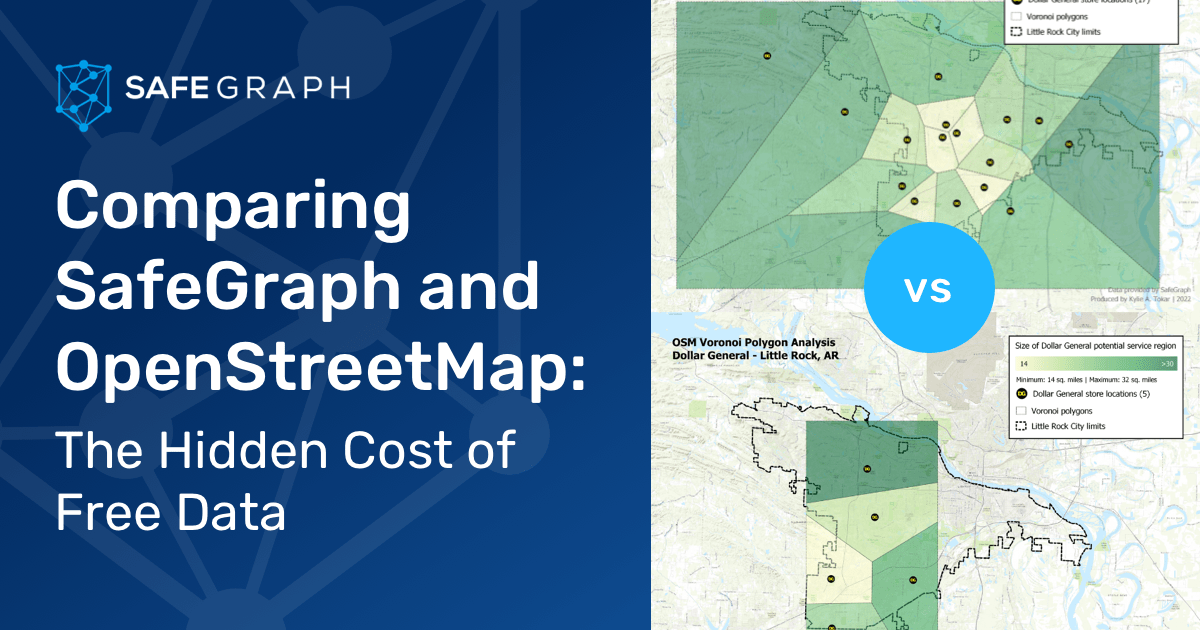 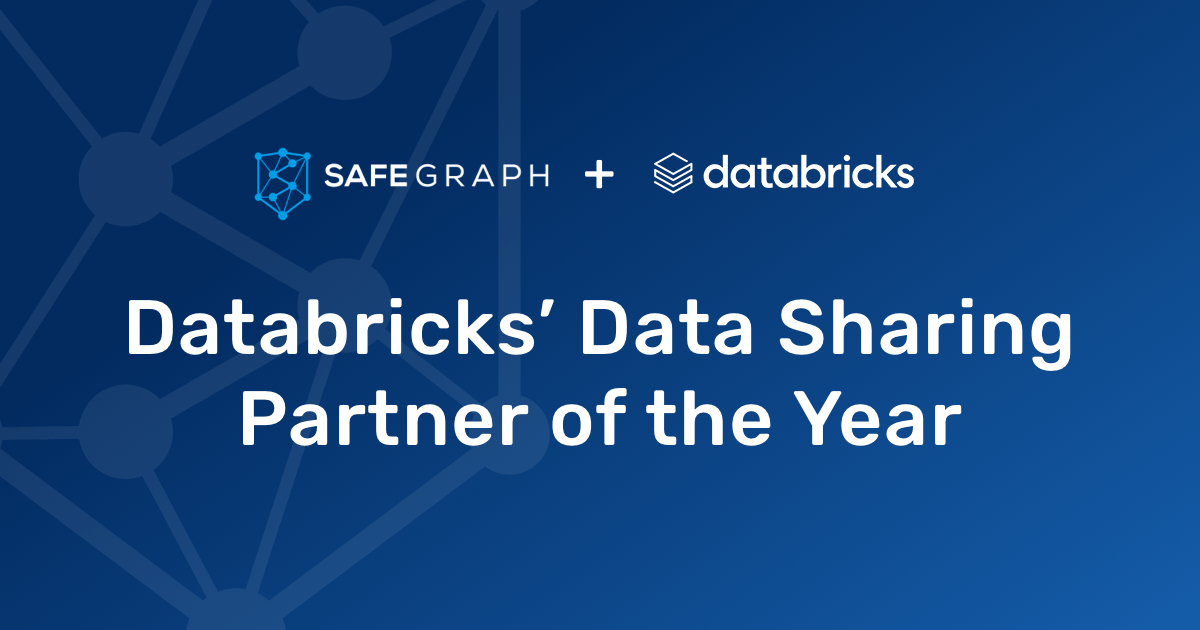 Setting up SafeGraph for a Prosperous Future
Jun 27, 2022
by
Auren Hoffman