Why the famous Peter Thiel interview question is so predictive

Most people think their views are heretical when they are in fact mainstream.

You learn this when you ask Peter Thiel’s favorite interview question to job candidates: “What important truth do very few people agree with you on?”

The Thiel question (which can be described as “what is a heretical view you have?”) is a great one because it reveals that most people hold conventional opinions and call them “heretical.”

It’s a great question because almost everyone cannot come up with an answer that most people they know do not agree with.

Heretical in an interview context could mean “an idea that most people at SafeGraph disagree with,” or if the candidate works at a large company (like Google), “what most people at Google would think is crazy”.

People think their views are heretical when they are very mainstream

What makes for a good answer?

A good answer is one that sparks a unique view of the world and shows the candidate doesn’t think like their peers. This signals that the candidate 1) thinks differently; 2) is open-minded, and 3) is brave enough to discuss an unpopular opinion.

An employee who thinks differently will identify opportunities the larger group may not see. This employee will see a rabbit-shaped cloud in the sky when everyone else sees a turtle. There’s value in that (especially if it is indeed a rabbit).

An open mind leads to more “yes, ands” and fewer “no, buts.” If you’re looking to drive growth at a small start-up, “yes, ands” are far more valuable. If you work at a large company, “no, but” is likely more valuable to protect the company from significant downside risk. So someone that performs well on the Thiel question may ultimately be better at a smaller fast-moving company than a larger slower-moving organization.

One would prefer answers that do not just restate the conventional wisdom of a recent TED Talk. It’s okay if the answer is wrong. It’s not okay if everyone agrees with it.

Of course, the best answers are both contrarian and right. Being right is extremely hard (and might take years to prove). But one should be able to immediately know if the answer is contrarian.

What does a bad answer predict?

There are three potential “flags” if someone answers the heretical view question during an interview with a conventional view:

1. They are not self-aware enough to know a view is well-held.

2. They don’t have many original thoughts.

3. They are afraid to sell people their original thoughts.

There are three potential "flags" if someone answers the heretical view question with a conventional view:

1. they are not self-aware enough to know a view is well-held

2. they don't have many original thoughts

3. they are afraid to sell ppl their original thoughts

A Lack of Self-Awareness

If someone answers the question with a mainstream view, it’s possible that they just aren’t self-aware enough to know a view is well-held. To be self-aware means you ask questions of yourself, such as “how many other people also have this view that I think I alone hold?”

People who aren’t self-aware never question (❓) the belief or investigate whether their view is actually heretical. They don’t search it out online or read blogs on the topic. They don’t talk to their friends or peers about their belief.

So they end up holding mainstream beliefs that they think are rare.

A second reason for a mainstream answer to the question could be that the candidate doesn’t have many original thoughts.

Original thoughts are difficult to have because you are a product of your environment. If surrounded by people who hold a specific view, over time, you will likely come to hold that view. Usually, that incentive is to stay a member of the group — to keep your friends, your job, or your peers. We all eventually become the average of our friends.

This is one reason why writers often prefer to write during long periods of isolation. Developing original ideas and heretical points of view is a precarious process, and the writer must protect those ideas from mainstream contamination. Isolation helps with this until the original ideas can stand on their own. The rest of us do not have that luxury so we are constantly at risk of losing our originality as we are pushed to conform to our surrounding norm.

If someone doesn’t do this work to recognize why it’s difficult to have original thoughts, they’re not likely to have many of them.

A Fear of Judgment

Thirdly, some people have very original thoughts but they are afraid to tell others about them. They are afraid of being socially ostracized (or worse). Everyone is afraid of this. So we will only feel comfortable telling people the truth if we feel confident that they will not penalize us for this. They want to know that the messenger will not be shot.

One of the advantages that Peter Thiel has is that he is a well-known contrarian that is known to appreciate various truths and is a promoter of free speech. So most people would be confident that even if Thiel does not like their idea, he will not personally attack them. Many people would be comfortable telling Peter thoughts they would not dare to publish on Twitter.

Other leaders that want interviewees to feel comfortable proposing contrarian ideas have to provide a no-judgment space for people (so that they can feel safe). Part of the reason we are writing this is that we want people interviewing at SafeGraph to feel more assured that their “crazy” ideas will not be used against them.

People that do have original thoughts need to feel safe enough to sell people their ideas. Because so few people have deeply innovative ideas, it would be very bad for society if these ideas just sat on a shelf and were never heard. It takes courage to go against a mainstream view in a group dynamic … but that courage does not need to be carried alone.

As a leader, you should cultivate an environment where employees feel safe to share heretical views, especially if they solve a problem or lead to a growth opportunity. And you can do the same in an interview process.

To put a candidate at ease when asking this question, clearly signals that you tolerate weird or unpopular ideas. That may help them to give an honest answer, even if they think their opinion is so outrageous it could destroy their chances of getting the job. Tell them that you won’t get offended by the answer, and hopefully, they’ll share a true heretical view.

One learns quickly in life that it is never fun to be unpopular. Everyone has felt it at some point in their life. Most people never want to feel it again and so they go against the grain.

People that are willing to say unpopular things are ok risking unpopularity for the sake of truth. These people prize curiosity and knowledge over being the life of the party.

Of course, some people are just jerks. One of the hard parts is finding sweet contrarians — people who think differently yet are still kind, nice, and considerate. You can think differently while still having tact and heart.

As Thiel says in his book, Zero to One: “Brilliant thinking is rare, but courage is in even shorter supply than genius.”

Hiring people who cannot come up with any heretical views is precarious. Either the person is ultra-conventional, political, or lacks self-awareness.

You do not want those people in your organization, especially in leadership positions.

in any case, hiring people who cannot come up with any heretical views is precarious. either the person is ultra-conventional, political, or lacks self-awareness ... and you do not want those people in your organization ... especially the leadership

Of course, it is not enough to just have a contrarian sentence. The interviewer wants to pry on why someone thinks that way. Just like regurgitating a TED Talk is not sufficient, neither is restating a well-known contrarian argument without something underlying the thesis. For instance, “there should be a free market where people should be allowed to sell their kidneys” has been discussed in every good freshman dorm. Answering that to the Thiel question without a lot of new information or arguments is just as bad as not being contrarian at all.

The Thiel question can help you find and hire 10xers.

The goal is to try to identify and hire 10xers for your company. These are people who not only identify solutions to problems but focus on finding new opportunities for growth (often with heretical ideas) and have the courage to pursue them. They have a bias for action while maintaining a glass-half-full view of the world.

These 10xers are very rare. That’s why Thiel’s question is a great one — it helps you tease out a few of these characteristics in an interview.

The question isn’t sufficient on its own.

The question isn’t perfect though. It does not stand alone in an interview process and must be combined with other ways of assessing candidates. It’s just one tool in a larger toolset.

It’s also difficult to give a good answer to this question during an in-person interview. The question requires a lot of thought. It’s an involved question so it’s best to only ask it in written interviews (or to give a candidate warning that you will ask the question). This gives the candidate a few days to think about their answer.

A great answer (as rare as that is) does not guarantee better performance. It only hints at the ability to cultivate original thoughts, along with the courage to share them.

I used to be worried about asking the Thiel question to candidates because I thought they would give answers that were completely crazy. but it turns out that crazy answers rarely happen -- the fear now is of the conventional answer.

I used to be worried about asking the Peter Thiel question to candidates because I thought they would give answers that were completely crazy. But it turns out that crazy answers rarely happen — the fear now is of the conventional answer.

If someone does give you a heretical view that you’ve never heard, pay attention. It could be that someone who pushes your organization forward by 10x. It just doesn’t guarantee it.

Special thanks to Thomas Waschenfelder for his help and edits.

Want to learn more about SafeGraph? Check out our career opportunities (you can be based anywhere in North America). 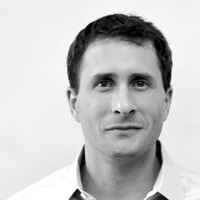 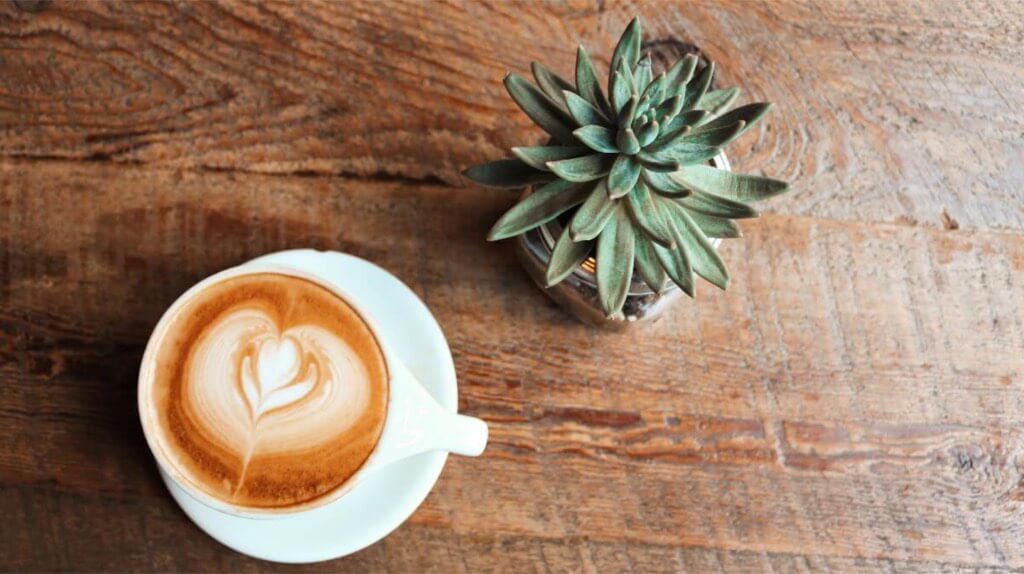 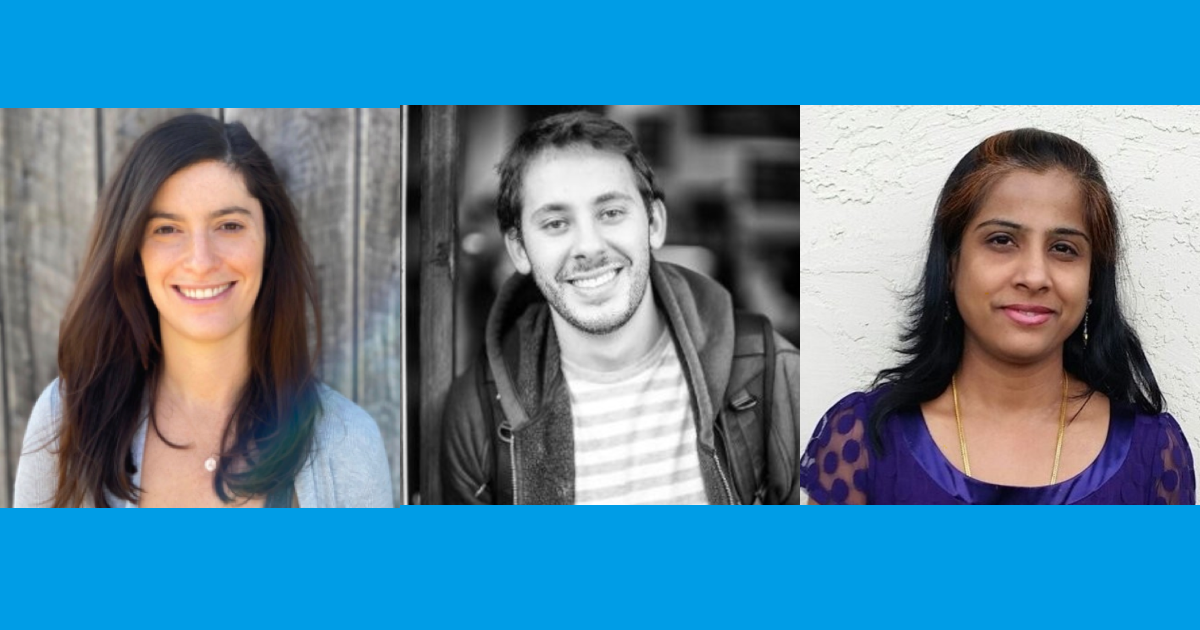